Trekking along the levada in Madeira. If you like nature, mountains and walks this is the perfect trip for you! The routes are not difficult because they lead along irrigation canals (levadas), through which water is fed from the northern mountainous part of the island to agricultural areas. I invite you to watch photos from our trekking along the PR 9 trail - Levada to Caldeirão Verde from the Queimadas Forest Park near the Santana to the 100-meter waterfall. The route, 13 km long in both directions, is not difficult but you must have trekking shoes and flashlights (you have to go through several tunnels along the way), it is also worth taking rainwear and something to eat and drink.

Hostel at the beginning of the trail

The PR9 (Levada of the Green Cauldron) trail starts at the Queimadas car park, the exact location is marked on the map. There is a hostel (Casa de Abrigo das Queimadas) and a small bar in stylish buildings at the entrance to the trail

The trail leads along a fairly wide road through a beautiful, green laurel forest at the beginning.

Nature made the biggest impression on us in Madeira. The exuberance and diversity of nature amazed us at every step. There were beautiful shapely flowers, bushes, trees in different parts of the island ... and it all looked like a beautiful well-kept park. 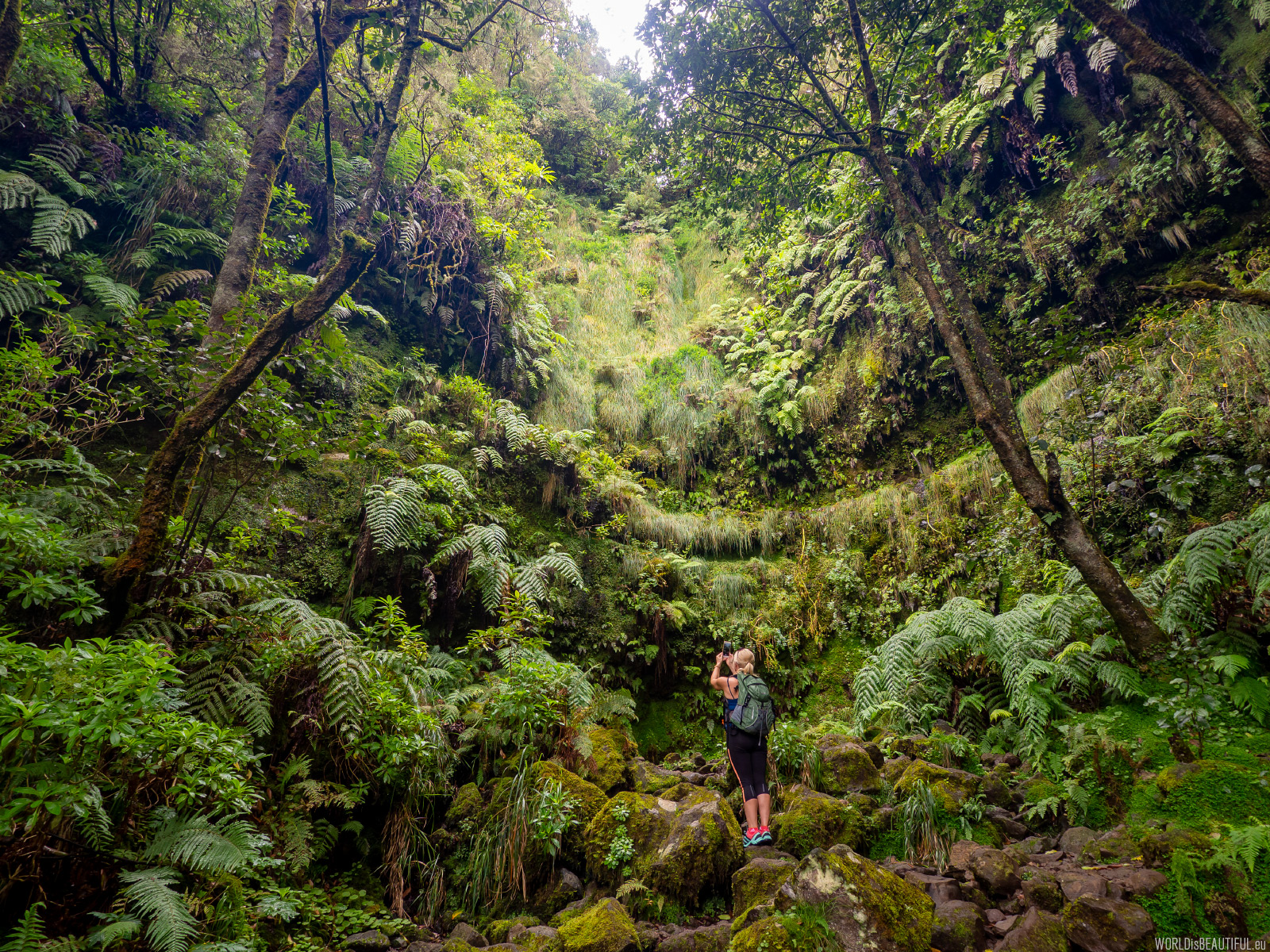 There are laurel forest (Laurissilva) in Madeira. Such forests grew in southern Europe 15-40 million years ago. And it really looks like in a prehistoric jungle - we just waited for King Kong or a dinosaur to come out from around the corner :-) 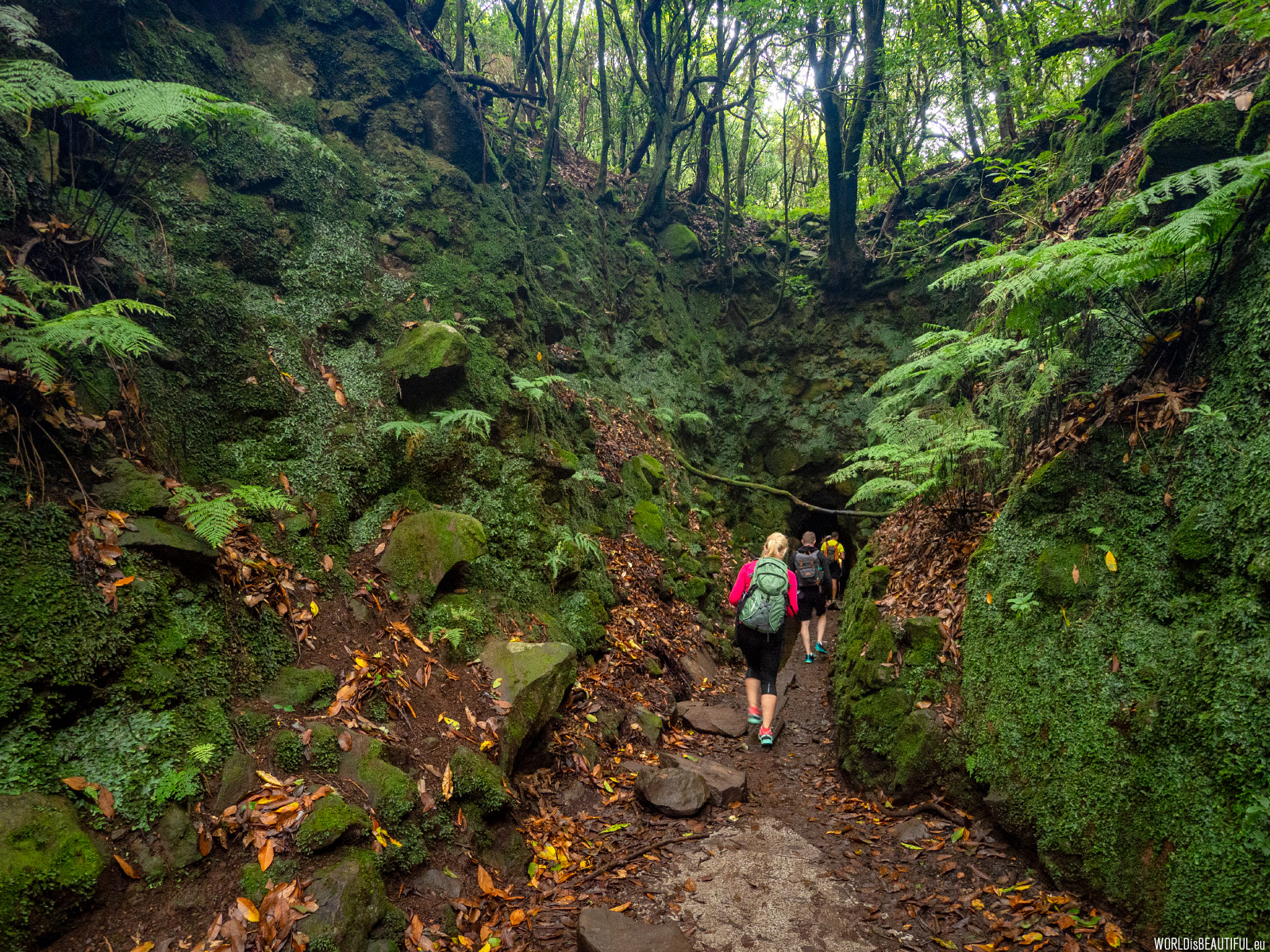 Tunnels on the trekking trail

When going on Madeira hiking trails, it's always worth taking a flashlight with you. In many places the trails lead through tunnels carved in the rock. Sometimes these passages are up to several hundred meters - it is worth illuminating both the floor and the ceiling because sometimes the tunnels are low and you can hit your head.

Madeira - what to see

There are many beautiful and interesting places on Madeira: cities, villages, monuments, beaches, viewpoints and in my opinion the most interesting - trekking routes. There are over 2 kilometers of routes of varying degrees of difficulty on this small island. It is worth going even at least one trail along the levada. Sometimes it's hard to believe that these canals and tunnels were hand made by people in the vertical slopes of the mountains.

Path along the levada

Water supply channels and paths along them are often carved in the steep mountain slopes.

Most of the trail is quite heavily overgrown with plants and during the journey you cannot see exactly at what height and on which steep wall you walk ... although there are places where the space under your feet can make an impression ... 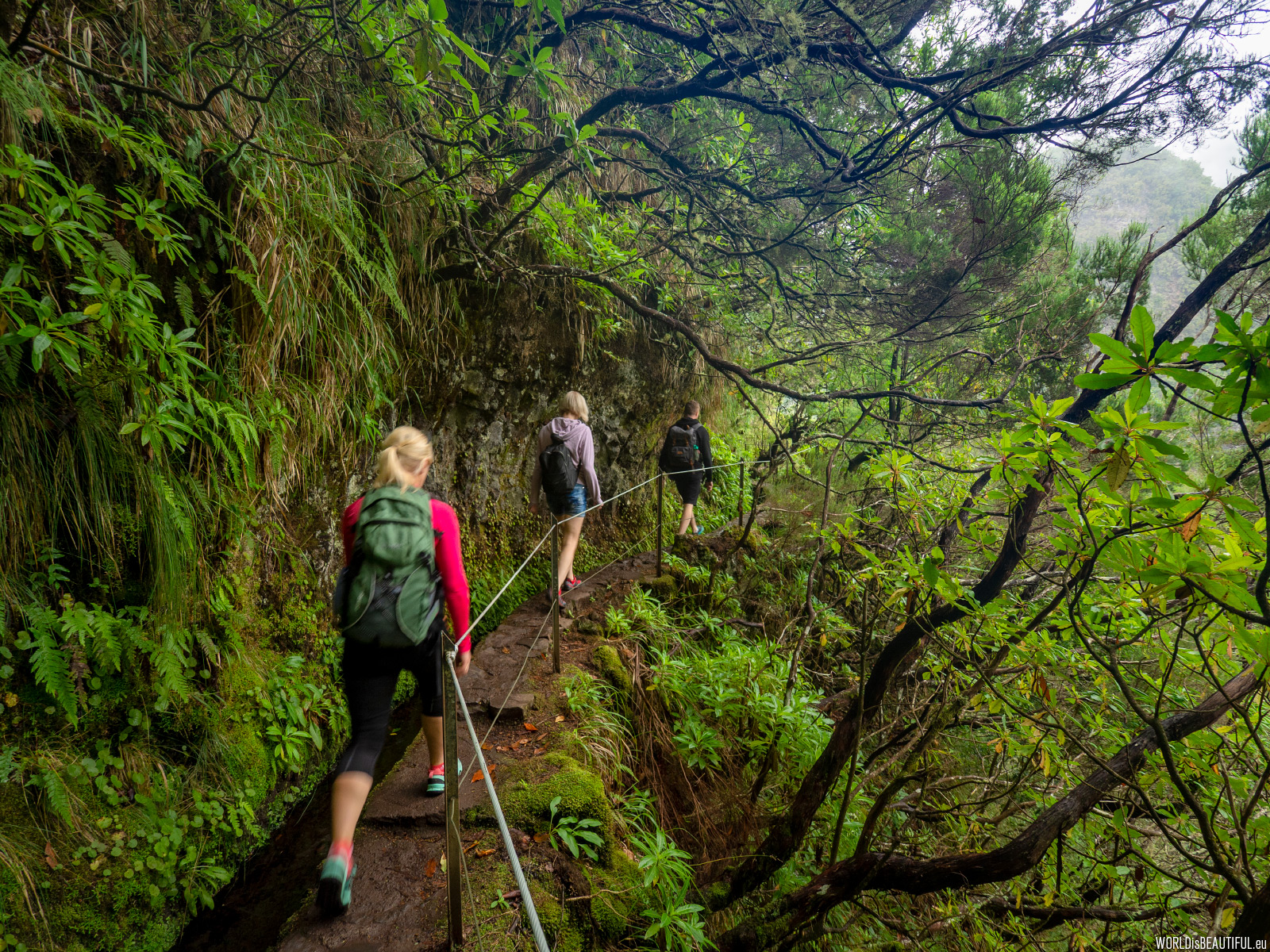 Trekking along the trail

The PR 9 trail (Levada do Caldeirão Verde) is not difficult and is well prepared for walkers. There are no significant level differences along the way. The only difficulties are slippery ground and the need to pass on narrow paths with tourists.

There is about a 100-meter waterfall at the end of the trail - the height of the surrounding rock walls is impressive!

In the green cauldron near the waterfall (Caldeirão Verde).

Hiking trails are one of Madeira's greatest attractions, so if you like to wander, you should get a map or guide and go on the trails. 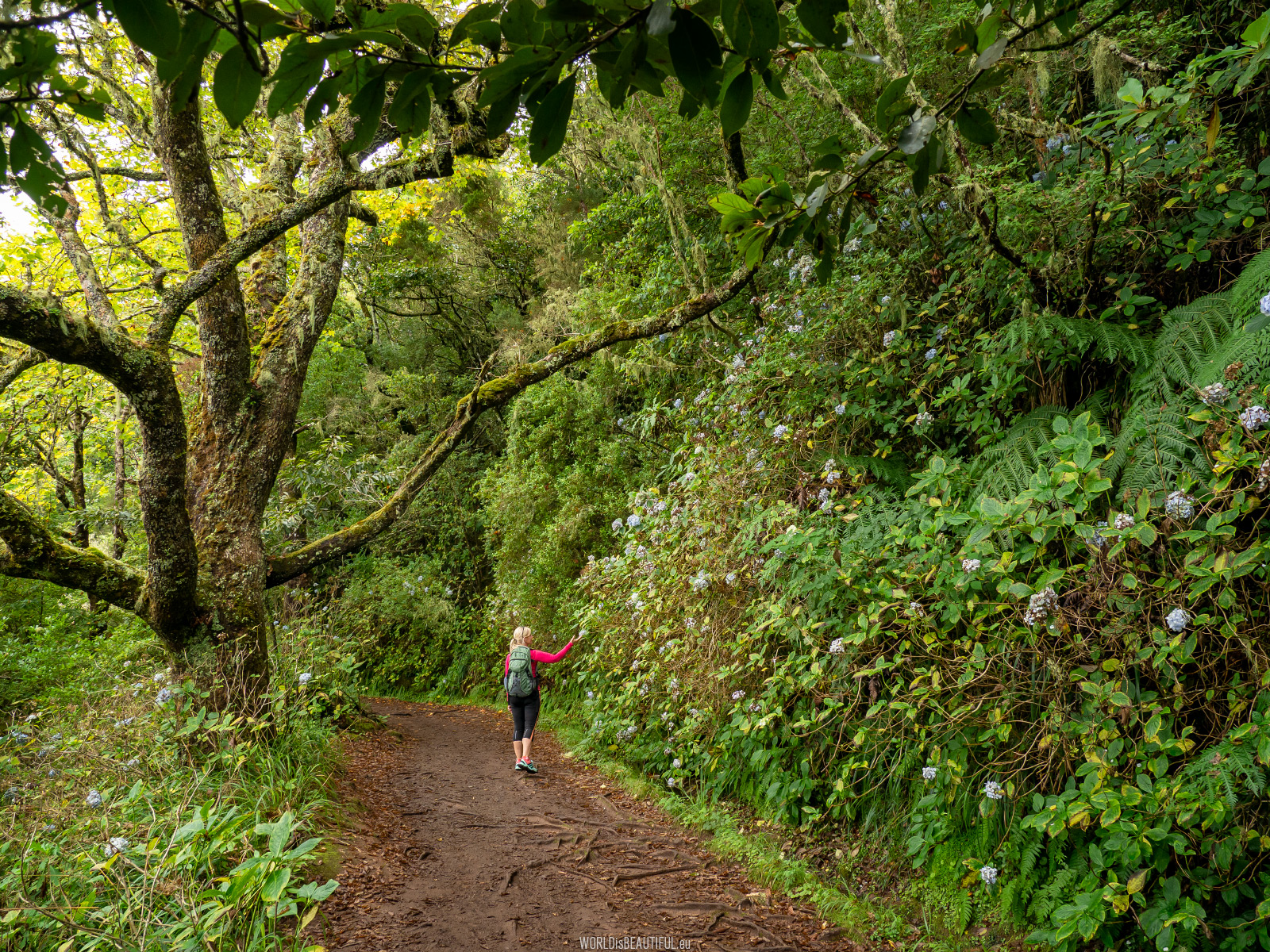 The Island of Eternal Spring

Wildly growing giant hydrangeas, large ferns, rock walls covered with climbing plants, mosses on trees and mountain slopes, lush greenery surrounds from all sides ... it's no wonder then Levada do Caldeirão Verde which can be translated as: Levada of the Green Cauldron ... I recommend everyone this green walk on the Island of Eternal Spring!

Gdańsk from the sky

Gdynia from a bird's eye view

Cruise around Żuławy in Poland

Welcome to my world

Under the Tatra Mountains

What to see in Bergamo

Kayaking on Wda river in Poland

Szczeliniec - attractions of the Table Mountains

Spring in the Bieszczady Mountains

Learning to fly a drone

From Hell to Hell